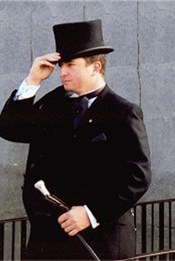 Founded in 1990, we are an independent family funeral firm. Providing a caring, professional and worry-free service is our vocation, not just our business.

Being an independent funeral director means we can concentrate on meeting the needs of our customer, not the business targets set by a far-off corporate head office.

We recognise that our customers are individuals and each will have their own ways of coping with bereavement. By listening and offering advice and guidance we believe we can help with many of the organisational tasks which have to be carried out at the time of a death.

We have offices in Chelmsford, Braintree, South Woodham Ferrers, Burnham-on-Crouch, Hullbridge and Maldon from where we cover the majority of South East Essex.

Many of our customers ask to see us in their homes to arrange a funeral or to discuss their monumental masonry or prepayment needs - which we will always do at their convenience. Similarly should someone wish to visit a loved one we have a Chapel of Rest at every office and will arrange for you to visit at a mutually convenient time.

If you have any questions after reading this the information on our website or simply want some advice, please ring us or call in to our offices. We will always do our best to help.

What our clients say about us

Having founded the business in 1990, I opened my first office in South Woodham Ferrers in 1995 after several years of providing trade services to other local Funeral Directors. It has been an immense privilege to look after the loved ones of so many bereaved families over the years and to develop the business as it stands today.

I take great pride in every part of the funeral; before the day and after it. It is important to me that each family feels they have received a personal, exceptional service.

I am a perfectionist when it comes to conducting a funeral as each of us want to get things right for the family on the day, something my entire team pride themselves in too.

Outside work I get involved with many charity-based organisations and currently sit on several different committees and am a Trustee for a National Charity.

Being an active Freemason in both Essex and London I have been Master of three different Lodges including Acacia Lodge No 3436 - the Funeral Directors Lodge. For the Centenary year of the National Association of Funeral Directors I was Chairman for the Essex and Suffolk region. I was a serving member of the Rotary Club of South Woodham Ferrers for several years, and was elected their President in 2008/9. I am now a Founder member and Junior Vice President of the newly formed Danbury and Villages Rotary .

I am immensely proud to have been presented with the Freedom of the City of London in December 2014. I am an active Liveryman in the Worshipful Company of Upholders and was appointed as a Court Assistant within the Company in January 2021 which is a great honour and privilege.

Beyond these I enjoy spending time with my partner Sarahjane and our children on our small holding where we have pigs, sheep, chickens and Dexter Cattle.

As Paul’s mother, I have always taken an interest in the business but in 1999 having retired from a career in Education, I agreed to take a temporary part-time role at our Chelmsford Office. That part-time job soon turned into a full-time permanent position!

Having become involved in the business, and very much enjoying the role, I undertook Bereavement Training with CRUSE Bereavement Care in 2001. That same year I, together with our other members of staff, achieved the NAFD Foundation Certificate in Funeral Administration.

I then continued to study for the NAFD Diploma in Funeral Directing, which I passed in 2003. With a background in education and much training in bereavement care, I started a weekly Bereavement Support Group in South Woodham Ferrers in 2001 and in Burnham-on-Crouch in 2003, which I continue to facilitate.

I was proud to achieve the Foundation Degree in Funeral Services from Bath University in 2011 after three most enjoyable and inspiring years.

During the better weather and when I have time, I do enjoy golf.

I have been in the funeral profession since 2006 working for Corporate Funeral Directors, and Independent Family Funeral Directors. I am very passionate about this profession and always strive to offer exceptional service to the families that we care for.

I started off as an Embalmer in 2007 and worked my way up to become a Funeral Director in 2011. I have undertaken my Diploma in Embalming and Funeral Arranging within this time. I am part of the committee for the Southern region of the British Institute of Embalmers. Also, a member of Effective Business Networking in Great Baddow and Braintree. I have held training sessions for the nursing staff within our local Nursing Homes to assist them in caring for your loved ones at their time of need.

When I am not working, I enjoy socialising with my family and friends and always thinking of exciting adrenalin events to participate in. Such as sky diving for charity and a few trips a year to theme parks.

My family have lived in South Woodham Ferrers for over one hundred years. Both my Father and Grandfather were involved in the funeral profession at a time when the village builder was traditionally the undertaker.

I followed a career in engineering, before I joined Paul J King Funeral Directors in 2003, initially as a Driver/Bearer. I studied for and gained my Foundation Certificate in Funeral Service in 2006.

My normal role within the company is as a Funeral Administrator at the Burnham office but I also work in the South Woodham Ferrers and Maldon offices and, when required, as a Driver/Bearer. I also conduct funerals.

I have worked in the Paul J King Funeral Directors South Woodham Ferrers branch since 2010.

I have lived in South Woodham for thirty five years, having moved here from the East End where I was born and bred, I am very proud of my 'Cockney roots'. I have two grown sons as well as a granddaughter and grandson. I trained as a nurse back in the 1980's and worked in Theatre and Surgical departments.

My hobbies outside of work are quite diverse, I am an avid Spurs fan and have been since I was 14. I also love Formula 1 racing and cross stitch.

I have worked for Paul J King Funeral Directors since 2015 after being made redundant from an accounts position after 20 years. I first began working in our Chelmsford office but am now pleased to be working closer to home in our Braintree office.

My job role is very interesting and gives me the satisfaction of being able to help families to organise the best possible funeral for their loved ones and, also being able to take part in many community events.

I have a very busy life outside of work, with a husband of nearly 40 years, three grown up children and four amazing grandchildren. They all keep me young at heart.

Playing the Baritone in our local brass band is a passion of mine, and we play in many concerts and charity events throughout the year. Keeping fit is also very important to me and I am proud to have completed the London Half Marathon, The London Moon Walk and many 10k and 5k runs, not forgetting the all famous Maldon Mud Race.

I have been working for Paul J King Funeral Directors since June 2016 and have now fulfilled my lifetime ambition of working within the funeral profession. Becoming a funeral arranger is something I find very rewarding as I am there to support and advise families in their time of need. I have completed the Certificate in Funeral Arranging and Administration with the London Association of Funeral Directors.

I have two grown up sons. In my spare time I enjoy watching Spurs on TV as I am a huge fan. I also enjoy reading as well as spending time with my family and friends.

I always lived in Kent until, in 2020, I moved to Rayleigh to join my long term partner.

I have worked within the Funeral Industry since 2012, which I absolutely love. Initially I worked for a large corporate company and then for a small family-run independent company. In July 2021 I joined Paul J King to work in our Maldon branch.

Being a Funeral Arranger I find so rewarding; helping bereaved families feel confident and comfortable that their loved ones are in our safe hands. I get a sense of satisfaction from arranging with care and empathy the best possible funeral for a our families.

I have one grown up daughter who lives in Cornwall, so I get to have lovely holidays there when visiting her. I also have 3 grown up stepchildren with my partner.

In my spare time I like to go on walks with my partner and our two lovely English Bull dogs and enjoy weekends away in our motorhome visiting lovely places.

I joined Paul J King Funeral Directors after moving to the Heybridge area in August 2020.

Before this I was travelling Asia, New Zealand and working in Australia.

Since moving back to England, I have decided to try a career change and was lucky enough to be given this opportunity by Paul King as the administrator in the Maldon head office.

In my spare time I like socialising with friends, visiting my family, running and Pilates.

I joined Paul J King Funeral Directors in October 2020, working part time in the Hullbridge Office. My job role is very interesting and rewarding. I am here to support families in the best possible way I can.

For the last 9 years I have worked in schools and colleges, supporting children and adults with Special Needs.

When I’m not working I enjoy time at the stables with my Daughter and her horse. I also enjoy socialising with friends and family.

I have worked for Paul J King Funeral Directors in the Burnham-on-Crouch office since March 2018 and adore my job.

I have lived in the Dengie for 15 years with my husband, two children and two dogs. I feel that being a part of the community really helps put people at ease when they first come into my office as it is a familiar face that greets them. I also feel that if I can make a family member smile on their darkest of days, I have made a difference.

I love walking my dogs, baking (when I have the time) and spending quality time with my family and friends.

I joined Paul J King Funeral Directors in January 2011, I had previously spent thirty three years as a firefighter in Essex County Fire And Rescue Service.

I have many and various interests, the main ones being gardening, and cultivating my own allotment. I am an active member of a local dog training club where I take the puppy training class. I also have  an interest in creating stained glass designs.

I joined Paul J King Funeral Directors in February 2019 as a part time bearer/driver alongside running my own business. I had previously worked in the carpet and flooring industry selling, fitting, or cleaning.

I’m married and have 2 children, who keep my wife and me busy with their hobbies and activities.

In my spare time I enjoy going to the gym, and taking part in charity events such as triathlons, 10k Runs and bike rides.

We have offices conveniently located in Braintree, Burnham-on-Crouch, Chelmsford, Hullbridge, Maldon and South Woodham Ferrers. From these locations we provide services to the whole of Essex.

For details of each office including their address, phone number, email address and Google map location, please visit our offices page, or click on the map below

We use cookies on our website. You are free to manage this via your browser settings at any time.